For Ron Davis, riding a motorcycle is not simply a hobby… it’s a way of life. 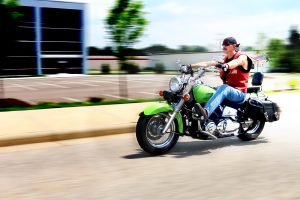 In an instant everything changed. While on his bike another driver turned in front of him and he was involved in an accident that caused him to lose his left leg below the knee. Almost immediately, Ron was determined to ride again. “My goal at the beginning was to be able to be back on a motorcycle in less than a year,” said Ron.

When Ron was not getting the prosthetic solutions he needed from his provider, his doctor referred him to Abilities In Motion. The professionals at AIM were able to identify Ron’s particular needs and gave him components that he needed to ride again. 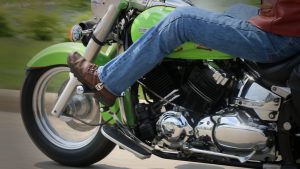 “Abilities In Motion [has] been fabulous. You actually gave me a leg that I was looking for. I was looking for something that would actually pivot, the other place I was going to said I couldn’t have that. [AIM] made all the difference in the world, in my ability to walk from flat plain to going up hills, so I am thrilled with Abilities In Motion.”

Two days before the anniversary of his accident, Ron rode again. It was an emotional moment for Ron and his wife, as his motorcycle club gave him an ovation that he won’t soon forget.

Learn more about Ron by watching the video above.

Abilities In Motion has two locations in Cincinnati and is always seeking new and innovative ways to meet the needs of lower limb amputees. More information, including stories of other veterans can be found on their website at www.abilitiesinmotion.com.