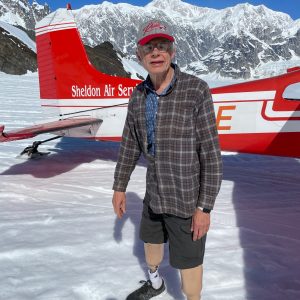 At 73, AIM patient, James is maintaining an active lifestyle as a bilateral below-knee amputee. After years of suffering due to an agonizing chronic pain condition, James elected to amputate. He found his surgeon here in Ohio, and made the jump in January of 2020.

When he first came to Abilities in Motion, James was motivated by Josh, one of our Amputee Peer Consultants. After hearing Josh’s story, James was inspired. During rehabilitation and physical therapy, James prioritized maintaining a positive outlook on his 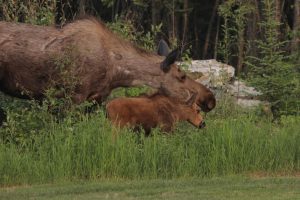 situation. Yes, he needed to learn how to walk again using prosthetics, but he was no longer in pain! James remained focused on that simple fact.

For James, home is in Alaska. He had a vehicle with hand controls ready and waiting for his return post-amputations. He was determined to maintain his independence after receiving his prosthetics. Soon after coming home, James also bought an RV. He drives all over the Alaskan coast, and also drives here to Ohio to visit his son. Driving this much would not have been possible for James prior to his amputations. 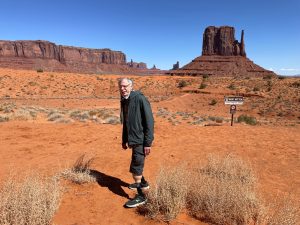 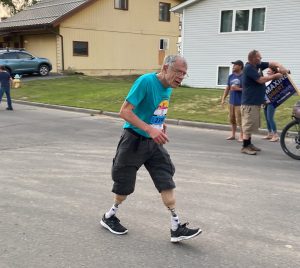 Moving forward, James’ biggest goal with his prosthetics is to continue running. Three times a week, he runs 1-2 miles just to help stay in shape. He sets goals for himself as motivation, and regularly participates in 10k runs.